The exploring, naked, alien, Phoebe Zeitgeist studies human democracy through encounters with earthly inhabitants.Travel along with Phoebe as she sinks her teeth into a cast of lovers, models, butchers, teachers, soldiers and girls!!!

Rainer Werner Fassbinder’s darkly sarcastic, gloriously messy absurdist play about an alien named Phoebe Zeitgeist who comes into the world naked and guileless and learns to play all our dangerous games … in the six months since it opened, this production has only gotten tighter and better and the overall effect richer and stronger.” 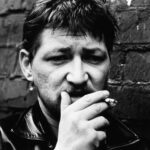 Rainer-Werner Fassbinder was best known for his powerful, offbeat, messy films. He made forty films by the time he died of a drug overdose at thirty six. He began his work in the theatre in the late sixties, as a twenty-two year old. He acted, directed, (loosely) adapted classics by Buchner, Goethe, Sophocles, Goldoni and others, wrote several of his own plays, and in a few years emerged as the leader of a group of performers who worked with him until his death in 1982. Fassbinder’s plays, like the films, are about varieties of alienation. The images Fassbinder created for the stage, and in films, linger as grotesque and brutal, possessing a strange, improbable truth…In a way, Fassbinder made a career out of despair-selling his own and others’ misery in endless variations, operating according to a system he did not create. Other works included in his controversial anti-theater plays are: Bremen Freedom, Blood on the Cat’s Neck, Katzelmacher, and The Bitter Tears of Petra von Kant.

Andrew Cooper Wasser resides in LA where he has appeared in numerous TV shows and films. He has a BFA in Theatre from the California Institute of the Arts.