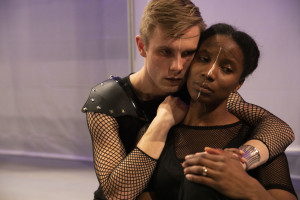 THEATER PICK by KERRY REID for The Chicago Reader’s “Beyond the Tinsel“.

“White Plague” has never been produced quite like this, and that’s one of the things that keeps people coming back to see this company’s shows: they are always inventively directed and staged, and never anything less than fascinating. Karen Topham, ChicagoOnstage 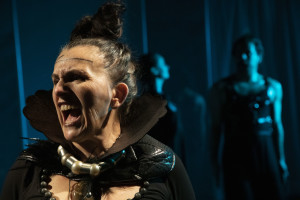 What Trap Door does with this the material is rather miraculous –’Highly recommended! Bill Esler, Buzz Center Stage 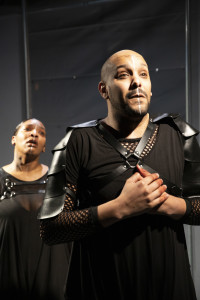 On the brink of a world war, a mysterious plague starts killing everyone older than 45. A young doctor finds a cure, but what is the cost he is willing to ask the afflicted to pay?

Karel Čapek (Playwright) was a Czech journalist, novelist, science fiction and travel writer, essayist and playwright, born in 1890 in Bohemia, near the German border, what then was Austro-Hungarian Empire. He was a prolific author, producing about fifty books across genres, and in all of them, his goal was the political, moral and cultural enhancement of his native land. His older brother Josef became a painter but also co-authored with ?apek several books of short stories and two plays, The Life of the Insects (1921) and Adam, the Creator (1927). At the time, they were known as The Brothers ?apek, and the two of them are credited as introducing the neologism “robot” to the world as the word appeared for the first time ever in the title of Čapek’s 1920 play R.U.R. (Rossum’s Universal Robots). Čapek’s style is sometimes off-hand and exclamatory, sometimes scattered and intensely expressionistic, but always insistently enlightening, as he is considered, along with Bertolt Brecht, to have been the most didactic writer of the first half of the 20th century. In 1936, Čapek published his most famous novel, War with the Newts, his satire on Nazi Germany and totalitarianism that attacked his cultural and political foes. It is not surprising, then, that the Gestapo tried to arrest dead Čapek in March 1939 when German troupes marched into Czechoslovakia. Čapek died on Christmas day of 1938 of an inflammation of the lungs. His brother Josef was arrested instead and spent World War 2 in the Bergen-Belsen concentration camp; he got liberated at the end of the war but died a few days later.