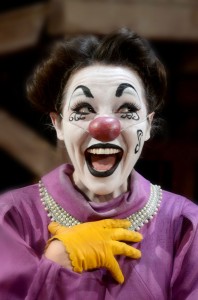 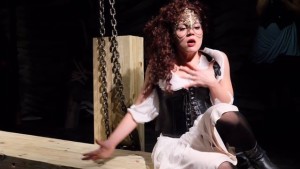 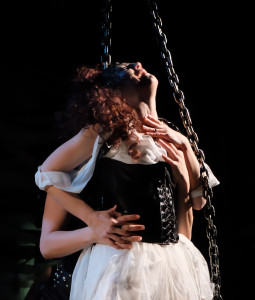 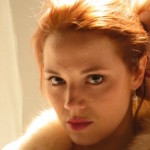 To say Tiffany Bedwell’s performance as Phčdre is arresting would be understatement: it’s hard to imagine a more invested and varied embodiment of one overwhelmed by forbidden and unrequited lust. Highly Recommended. – Tom Williams, Chicago Critic

TIFFANY BEDWELL (Ersilia Drei): A Trap Door company member since 2008, Tiffany earned her BFA from Wayne State University (Detroit), studied at The Moscow Art Theater School (Russia) and The Athens Centre (Greece), and toured Greece in Trojan Women. In Chicago, Tiffany has worked at Goodman Theatre, Writers Theatre, Victory Gardens, Eclipse, Facility Theatre, The Artistic Home, Apple Tree and others. At Trap Door, Tiffany was seen as Phčdre in Phčdre, and in Eva Peron, The Beastly Bombing, The Unconquered, Anger/Fly, The Arsonists, The Unveiling / Dozens of Cousins, No Matter How Hard We Try and A Couple of Poor, Polish-Speaking Romanians, which toured Romania and Poland. On-camera credits: Chicago PD (NBC), Chicago Fire (NBC), Betrayal (ABC), Batman v Superman: Dawn of Justice, as well as work in commercials, voiceovers and print. Up next: Tiffany can be seen as Ersilia Drei in Naked by Luigi Pirandello, directed by Kay Martinovich, at Trap Door this fall, and then the following spring as Maggie in Raven Theatre’s production of Yen by Anna Jordan, directed by Elly Green. A SAG-AFTRA member, Tiffany is represented by Paonessa Talent (on-camera, theatre) and Stewart Talent (voiceover). www.tiffanybedwell.com 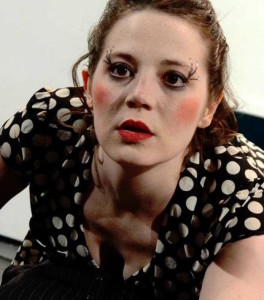 Bedwell and Pilch play off each other with a dash of sitcom energy, as if Lucy and Ethel accidentally wandered into Maxim Gorky’s “The Lower Depths”

Chicago Tribune (No Matter How Hard We Try)

Chicago Tribune (The Unveiling and Dozens of Cousins)

Tiffany Bedwell shrieks and smokes with aplomb as… Babette

(David Steiger) is well-matched with Tiffany Bedwell as his wife, who wears a perpetually bright, perky, Teflon smile – until she doesn’t.  It’s a gas watching them… 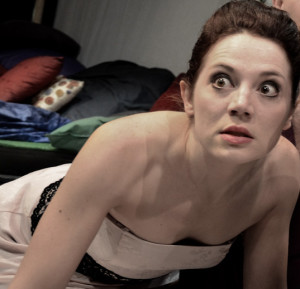 “[David Steiger] is well-matched with Tiffany Bedwell as his wife, who wears a perpetually bright, perky, Teflon smile — until she doesn’t. It’s a gas watching them . . . . ”