“Dado and her cast give the evening a sense of surreal whimsy even as Nicole Wiesner makes Alice’s depression and anguish disturbingly clear. Engaged, multilevel performances underscore the characters’ passions yet preserve a deep sense of mystery…” – Chicago Reader 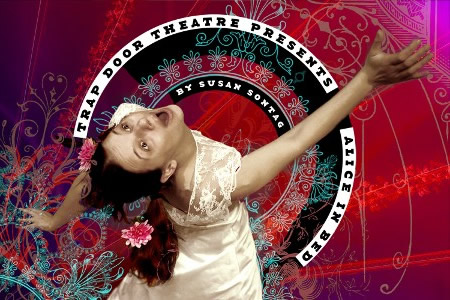 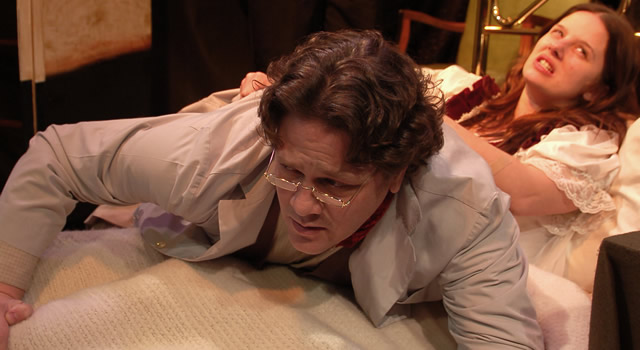 Susan Sontag is an American playwright, essayist, novelist, philosopher, and director. She has written such plays as Alice in Bed and Lady from the Sea, and directed multiple feature-length films, including Duet for Cannibals and Brother Carl.

Dado is a visual artist and theater practitioner in the Chicagoland area. She is interested in value perceptions and how they inform empathic systems. Dado is an ensemble member of A Red Orchid Theatre in Chicago. A lot of her work, both formal and experimental, happens at A Red Orchid. She has recently directed The Room by Harold Pinter, The Mutilated by Tennessee Williams, Simpatico by Sam Shepard, and Megacosm by Brett Neveu. Dado is a trained actor (University of Southern California, Los Angeles Theater Academy), a director and visual artist, (UChicago DOVA), as well as an educator. She has appeared in many theaters and on tv/film. She has also been a Maggio Fellow for directing, She has received a Jeff Citation as well as an After Dark Award. She teaches often at DePaul University and UIC.