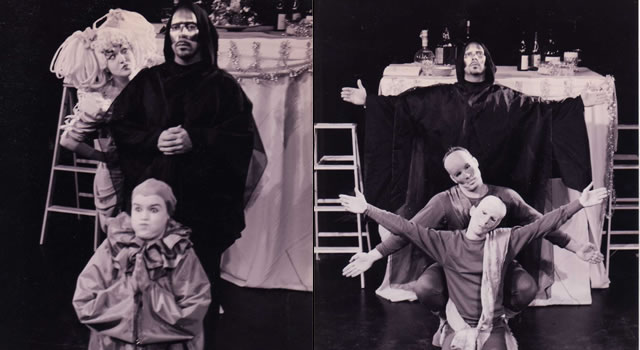 “Aria Da Capo is an intelligent, difficult dramatic construction with few bells and whistles and it is well done by the Trap Door team”
-Katey Sullivan, The Copley News Service

Playwright: Edna St. Vincent Millay (Playwright) (February 22, 1892 – October 19, 1950) was an American poet and playwright. She received the Pulitzer Prize for Poetry in 1923, the third woman to win the award for poetry, and was also known for her feminist activism. She used the pseudonym Nancy Boyd for her prose work. The poet Richard Wilbur asserted, “She wrote some of the best sonnets of the century”