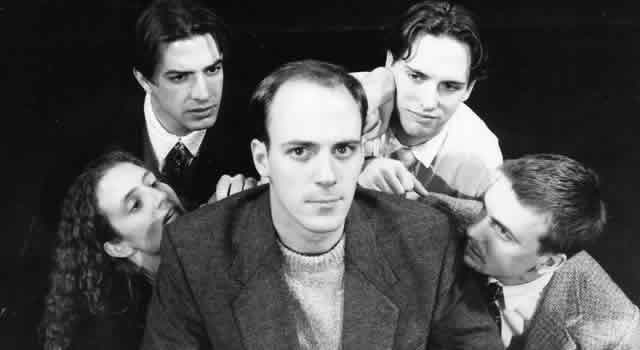 The Vaněk plays are a set of plays in which the character Ferdinand Vaněk is central. Vaněk first appeared in the play Audience by Václav Havel. He subsequently appeared in three other plays by Havel (Protest, Unveiling, and Dozens of Cousins), as well as plays by his friends and colleagues, including Pavel Landovský and Tom Stoppard.

Ferdinand Vaněk first appeared in the play Audience in 1975 as a stand-in for Havel. Vaněk, like Havel, was a dissident playwright, forced to work in a brewery because his writing has been banned by the Czechoslovak Communist regime. In the course of the play, it becomes clear that the brewmaster has been asked to spy on him. A long, rambling, comic dialogue proceeds, in the course of which the brewmaster eventually becomes a sympathetic figure, rather than a villain.

Since Havel’s work was banned, the play was not performed in any theater. Instead, it was performed in living rooms and distributed as samizdat. However, the work became quite well known in the Czech Republic, in part because of a widely circulated radio production of Audience.

Václav Havel (5 October 1936 – 18 December 2011) was a Czech statesman, writer and former dissident, who served as the last President of Czechoslovakia from 1989 until the dissolution of Czechoslovakia in 1992 and then as the first President of the Czech Republic from 1993 to 2003. He was the first democratically elected president of either country after the end of communism. As a writer of Czech literature, he is known for his plays, essays, and memoirs. His educational opportunities having been limited by his bourgeois background (when freedoms were limited by the Czechoslovak Socialist Republic), Havel first rose to prominence as a playwright. In works such as The Garden Party and The Memorandum, Havel used an absurdist style to criticize communism. His political activities brought him under the surveillance of the secret police and he spent multiple periods as a political prisoner. Havel’s Civic Forum party played a major role in the Velvet Revolution that toppled communism in Czechoslovakia in 1989. He assumed the presidency shortly thereafter, and was re-elected in a landslide the following year and after Slovak independence in 1993. Havel’s political philosophy was one of anti-consumerism, humanitarianism, environmentalism, civil activism, and direct democracy. He received numerous accolades during his lifetime including the Presidential Medal of Freedom, the Gandhi Peace Prize, the Philadelphia Liberty Medal, the Order of Canada, the Four Freedoms Award, the Ambassador of Conscience Award, and the Hanno R. Ellenbogen Citizenship Award. The 2012–2013 academic year at the College of Europe was named in his honour. He is considered by some to be one of the most important intellectuals of the 20th century. The international airport in Prague was renamed to Václav Havel Airport Prague in 2012.