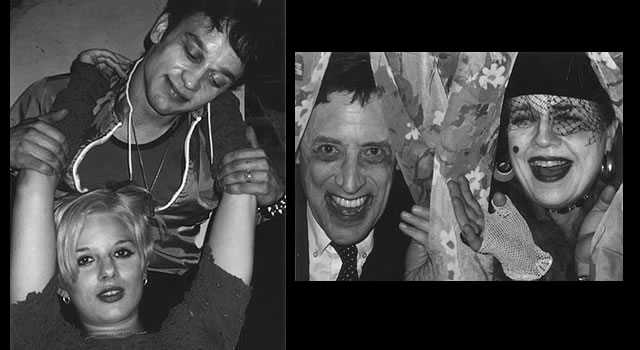 “Director Pieper balances just the right notes of rawness and loveliness, shock and irony, allowing this provocative play to get under your skin without irritating. One of the top 5 shows to see in Chicago”

“The fact that the AUTOMOBILE GRAVEYARD stands up to the ravages of time and to comparison with Beckett is a tribute to Trap Door Theatre’s flawless production and Michael S. Pieper’s direction and set design.”

“Beata Pilch (who gives a terrific vanity-free performance) has worked costuming wonders with a few bolts of red cloth and some spangles, making Nicole Wiesner as Dila look irresistible.”

“Under Pieper’s sure-footed direction, Trap Door’s cast (featuring the ubiquitous but effective Danny Belrose) throws itself into this depiction of human agony with its usual abandon. There are few isolated, overblown moments when performers unwisely lapse into archetype. But if you are into this kind of twisted thing, you had better snag a spot on the Trap Door floor for a no-holds-barred look at the barren remains of the world’s technological nightmare.”

A trio of musicians fleeing from the law seek refuge in an automobile junkyard.

Fernando Arrabal was born in Melilla (Spanish Morocco) on August 11, 1932, shortly before war was to tear his country apart. His father, an officer of the Spanish army, was sentenced to death at the beginning of the war for being opposed to the military coup. He was imprisoned by Franco, and escaped on November 4, 1941 and disappeared forever. Fernando Arrabal was brought up by his mother in a rigidly Catholic atmosphere. Now a voluntary exile from Spain, he has lived in Paris since 1955 and writing in French, he has emerged as one of Europe’s front-rank dramatists. He has published 12 novels, nearly 70 plays, and epistles. He has directed 7 full-length films and founded the “Panic Movement” in 1962. Although he is one of the most controversial writers of his time, he has received many international prizes and distinctions.