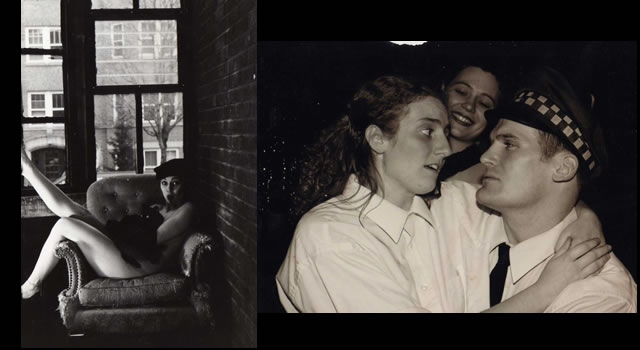 BLOOD ON THE CAT’S NECK
Written by Rainer Werner Fassbinder

“Rainer Werner Fassbinder’s darkly sarcastic, gloriously messy absurdist play about an alien named Phoebe Zeitgeist who comes into the world naked and guileless and learns to play all our dangerous games … in the six months since it opened, this production has only gotten tighter and better and the overall effect richer and stronger.”
– Jack Helbig, The Chicago Reader

The show was moved to the New Mercury Theatre in Summer of ‘96.