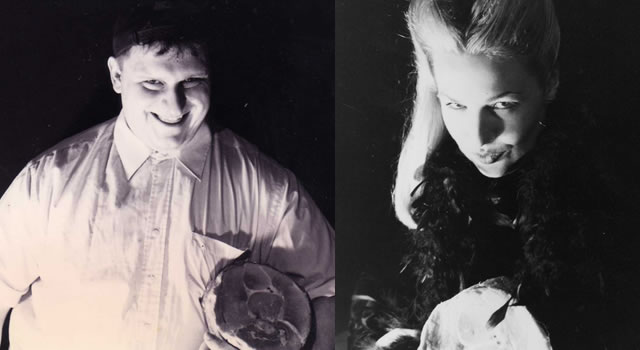 A butcher, two divas, a nurse and a regular guy – if LSD and Nintendo won’t kill the pain, maybe DAD’S HAM will!

An early one act by Catherine Sullivan, DAD’S HAM focuses on the quick fixes of traditional theatrical style and narrative, and their relationship to television advertising.

DAD’S HAM depicts narrative quick fixes common to television advertising and the history of the theatre. Video and live performance are used in ridiculous situations involving one man who tries to find his way in.