Into the Empty Sky

(Based on the poetry collection, MAP)

Directed and Devised by: Monica Payne 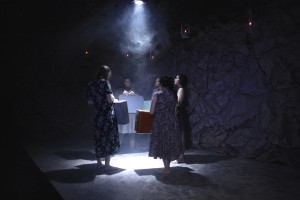 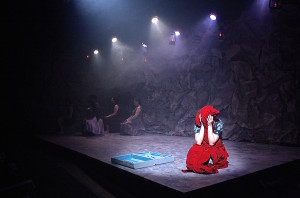 Everything about the show’s design…puts the viewer in a contemplative mood. HIGHLY RECOMMENDED. –  Dmitry Samarov, The Chicago Reader 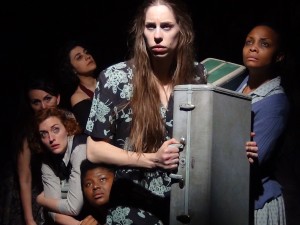 Szymborska …communicate(d) her generation’s experience of the war and life behind the Iron Curtain in a manner that was a …chilling (,) cerebral approach to her own pain. “Into the Empty Sky” pays worthy tribute to her. HIGHLY RECOMMENDED. – Jacob Davis, Around the Town Chicago 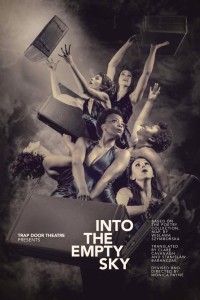 Into the Empty Sky, devised and directed by Monica Payne, draws from a selection of Wislawa Szymborska’s poems as the catalyst for this new work. Szymborska, a beloved Polish poet and Nobel laureate, tended to view her subjects, both large and small, from an unusual, pragmatic, and wry perspective. Into the Empty Sky features six women trapped in a purgatorial landscape; unsure of their surroundings, haunted by the past, and trying desperately to escape.

Wislawa Szymborska (Playwright) was born July 2nd, 1923 in Kornik, Poznan? province. Between 1945 and 1948 she studied Polish, Literature, and Sociology at the Jagiellonian University in Krakow. She made her debut in March 1945 with the poem Looking for Words published in a supplement to the daily newspaper “Dziennik Polski”. From 1953 to 1981 she worked on the Krakow-based weekly magazine “Zycie Literackie”, where she ran the poetry column and the book review column “Lektury nadobowiazkowe” (later resumed as “Gazeta o Ksiazkach” in the supplement to Gazeta Wyborcza). Szymborska published 13 collections of poetry that has been translated into over forty languages. She also translated poetry herself, mainly from French and German. In 1991 she received the Goethe Prize. In 1995 she won the Herder Prize, and in May of that same year, she was awarded the honorary degree honoris causa by Adam Mickiewicz University in Poznan. In 1996, Wisawa Szymborska received the Polish PEN Club award and the Nobel Prize for Literature. In 2001 she became an honorary member of the American Academy of Arts and Letters, and in 2011 she was awarded the highest Polishnationaldecoration, the Order of the White Eagle. Wisawa Szymborska died on February 1st, 2012 in Krakow.

Monica Payne (Director) is a freelance director who last worked with Trap Door in the spring of 2016, staging a reading of the award-winning Polish play Trash Story by Magda Fertacz, for the International Voices Project. She directed full productions of the same play in New York (Kulture+ Productions) and Los Angeles (UCLA TFT) and has traveled to Krakow twice through the Adam Mickiewicz Institute to study Polish theatre. Payne has also directed at UCLA, The Pittsburgh Playhouse, Theatre Lumina (LA), Point Park University, and The Artistic Home. As an assistant director, she has worked at Steppenwolf, The Goodman Theatre, Theatre Y, The Latino Theatre Company, and La Mirada Center for the Performing Arts. As a former actress, Payne has worked with Steppenwolf, The Artistic Home, The Hypocrites, The Journeymen, and Famous Door, among others. Payne has taught for several universities, including UCLA, Carnegie Mellon, and Point Park University. She has been a Meisner teacher for 16 years and has taught for The School at Steppenwolf, The Artistic Home, The Audition Studio, Steppenwolf Classes West, and independently. She earned her M.F.A. in Directing from the UCLA School of Theater, Film and Television and is a member of both the NY and LA Directors’ Labs. www.monicapaynedirector.com.