Judith: A Parting from the Body 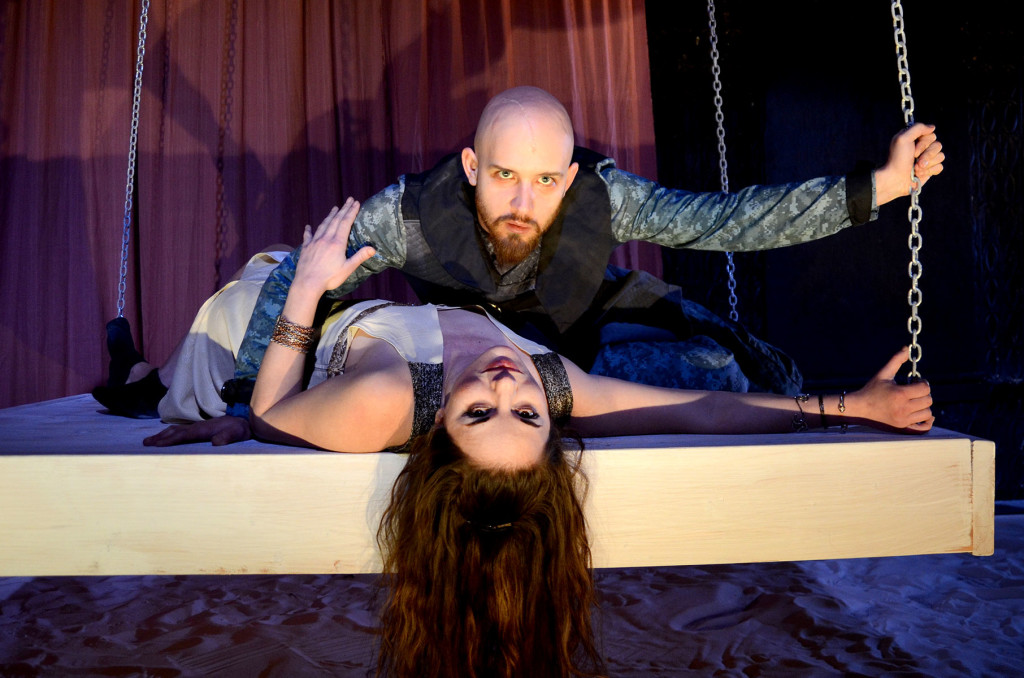 This project was sponsored in part by The Elizabeth F. Cheney Foundation

In Howard Barker’s Judith, his re-telling for “the Theatre of Catastrophe” of the apocryphal Book of Judith, the beautiful widowed heroine offers her body as a sacrifice to the enemy’s general Holofernes in order to save her country only to end up as woman in love “who kills the thing she loves.”

Woman’s body as a commodity; sacrifice as a path to ecstasy; death and love as the battleground of a general and a beautiful widow offering self-annihilation for the price of her country’s sovereignty; seduction in the time of destruction–all of this and more is on display in Judith.

ABOUT THE PLAYWRIGHT:
Howard Barker is a British playwright, screenwriter, poet, painter, and essayist. Barker’s plays led him to create the term “Theatre of Catastrophe”, which explores violence, sexuality, the desire for power, and human motivation. He has written such plays as Victory, Scenes from an Execution, and many more. He has authored plays for marionettes, three librettos for opera, five volumes of poetry, and two works of theory.
ABOUT THE DIRECTOR:
Zeljko Djukic is a theatre director and the founder of the Chicago theatre company TUTA. He studied at the Belgrade Drama Arts School and on the University of Maryland at College Park. His productions at TUTA include: The Dumb Waiter by Harold Pinter, Baal and The Wedding by Bertolt Brecht, Romeo and Juliet by William Shakespeare, Uncle Vanya by A.P. Chekhov, It’s Only the End of the World and Rules for Good Manners in the Modern World by Jean-Luc Lagarce. In 2009 he directed Tony Kushner’s Homebody/Kabul at National Theatre in Belgrade, Serbia. For Trap Door he also directed Werner Schwab’s First Ladies. Djukic is teaching acting and directing at UIC. He is a recipient of the Fulbright Scholar Award for 2013.
Assistant Director: Neil Fontano/ Stage Manager: Rachel Holland/ Set Designer: Joey Wade / Lighting Design: Keith Parham / Costume Design: Natasha Dukich / Sound Design: Christopher Kriz / Prop Design: Merje Veski / Make-Up Design: Zsófia Ötvös / Graphic Design: Michal Janicki