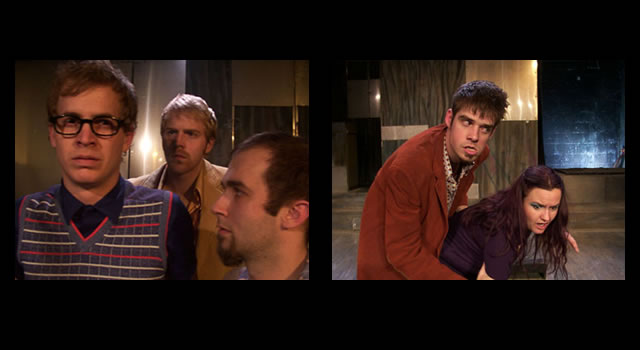 “The laudably fast-paced and provacative production of Katzelmacher directed with nerve and verve by Beata Pilch and Krishna LeFan, is the best Fassbinder outing here to date.”
– Chris Jones, Chicago Tribune 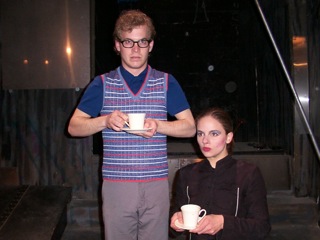 Small town mentality perpetuates itself into the routine violence of an alienated foreigner. 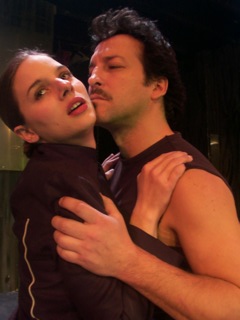 Rainer-Werner Fassbinder was best known for his powerful, offbeat, messy films. He made forty films by the time he died of a drug overdose at thirty six. He began his work in the theatre in the late sixties, as a twenty-two year old. He acted, directed, (loosely) adapted classics by Buchner, Goethe, Sophocles, Goldoni and others, wrote several of his own plays, and in a few years emerged as the leader of a group of performers who worked with him until his death in 1982. Fassbinder’s plays, like the films, are about varieties of alienation. The images Fassbinder created for the stage, and in films, linger as grotesque and brutal, possessing a strange, improbable truth… In a way, Fassbinder made a career out of despair-selling his own and others’ misery in endless variations, operating according to a system he did not create. Other works included in his controversial anti-theater plays are: Bremen Freedom, Blood on the Cat’s Neck, Katzelmacher, and The Bitter Tears of Petra von Kant.
ABOUT THE DIRECTORS:
Krishna LeFan worked in Los Angeles where he directed the NAACP nominated Main Liner for Theatre Royale. He also work shopped and directed Try with a cast of high-risk continuation high school students. Some of Krishna’s favorite performing experiences were for Chicago Shakespeare Theater, The Pasadena Playhouse, The Open Fist in Hollywood, Steppenwolf, Trap Door, San Francisco Shakespeare Festival, Berkeley Rep and Theatre Artaud where he was raised.
Beata Pilch founded Chicago’s Trap Door Theatre in 1994 and still presides as its Artistic Director. Originally from Chicago, she holds a BFA in Acting from the United States International University in San Diego and a MFA in Acting from California Institute of the Arts in Valencia, CA. She had the honor to graduate as a magna cum laude from both universities and was later awarded the Prestigious Alumni award from CalArts. She has directed and performed in over 80 Trap Door productions and has toured abroad annually with the company to France, Romania, Hungary, Poland and was the first US theatre company ever to perform in the Republic of Moldova. In 2015, Beata created a sister company, Trap Door International, which produces out of Barcelona, Spain.