No Matter How Hard We Try

We Can Exist on The Best Terms We Can

….to skip this show would be to miss some truly lovely performances from a talented ensemble. 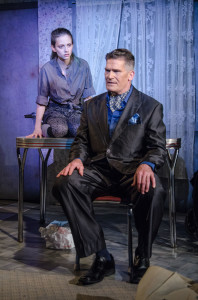 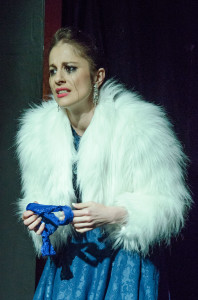 DOROTA MASLOWSKA is a Polish writer born in 1983. Her first novel translated into English as SNOW WHITE AND RUSSIAN RED, was published while she was still a teenager and made her an instant literary sensation in her native country. The novel detailed the growing pains of marginalized small-town youth. In 2005, Masowska published her second book, THE QUEEN’S PUKECOCK, a 150-page rap poem in prose. Both of these books were adapted for the stage in Poland, Germany and Great Britain. Maslowska wrote her first play, A COUPLE OF POOR-POLISH SPEAKING ROMANIANS, in 2006 (Trap Door staged it in 2009) and her second one, NO MATTER HOW HARD WE TRY, OR WE CAN EXIST ON THE BEST TERMS WE CAN, in 2008. In 2012, Maslowska published another novel, HONEY, I KILLED OUR CATS, and in 2014 released her first music album, THE SOCIETY IS MEAN, a mixture of punk, rap, and dance music with lyrics commenting on current social issues. Masowska ’s writing is characterized by her ironic, pessimistic worldview and extraordinary linguistic power; as a postmodern writer she confronts, disturbs and subverts sacred ideas of selfhood and nationhood

MAX TRUAX is a Resident Director at Trap Door, where he has directed productions of  THE BALCONY by Jean Genet, THEY ARE DYING OUT by Peter Handke, an operatic interpretation of HAMLETMACHINE by Heiner Muller, NO DARKNESS ROUND MY STONE by Fabrice Melquiot, and A COUPLE OF POOR, POLISH-SPEAKING ROMANIANS, also by Dorota Mas?owska. His production of  A COUPLE OF POOR, POLISH-SPEAKING ROMANIANS  performed at the Fun Underground Festival in Arad, Romania and at the Bagatela Theatre in Krakow, Poland.  Max is a freelance director and has directed several productions at Oracle Theatre, such as NO BEAST SO FIERCE, THE PRESIDENT, and THE MOTHER.   His production of THE MOTHER received several Jeff Awards including awards for Best Production and Best Ensemble. Max studied visual art, performance art and choreography at Oberlin College and received his MFA in Theatre Directing from California Institute of the Arts.