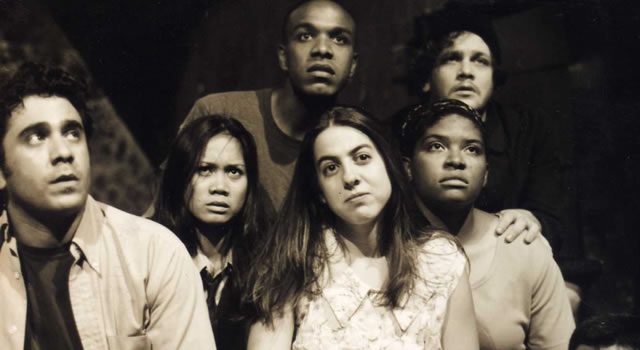 SQUAT, a Play with Music
BY: Lisa Cordes
DIRECTED BY: Michael S. Pieper

“Squat does more than put a face on the homeless. It also gives them hearts and souls.”
– Lucia Mauro, Chicago Sun-Times

Set in some unnamed urban metropolis, Cordes’ play takes place in an abandoned squat occupied by a crowd of diverse social misfits.

ABOUT THE PLAYWRIGHT:
Lisa Cordes is an American playwright, director, educator, and administrator. She has written such plays as Postcard from Los Alamos, Scaryman, Squat, and has created adaptation of two Laura Ingalls books. Cordes has founded two performance companies: Eyes Wide Open and Big Fragile Stage. Her interest in community-based theater led her to create The Bus Event, a performance series at a city bus stop involving over 60 artists and musicians.