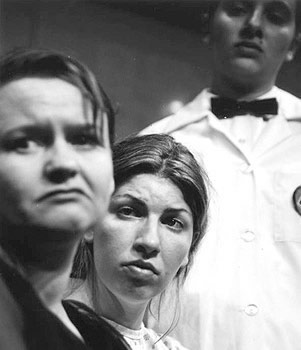 Set in the future where the class system is numbered from one to five and only the upper classes are allowed to breed. Ten Tiny Fingers, Nine Tiny Toes is about the births of a perfect but illegal class five baby, and an imperfect government baby bought by a class three mother and exterminated at birth because of her nine toes.

Sue Townsend is a British playwright and novelist. She has written such plays as Womberang, Dayroom, The Great Celestial Cow, Bazaar and Rummage, and The Secret Diary of Adrian Mole. Her novel, Rebuilding Coventry, was published in 1988.