The Fairytale Lives of Russian Girls 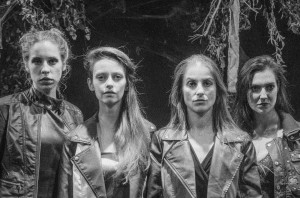 “For 16 years on Trap Door’s tiny Bucktown stage, Nicole Wiesner has been compelling, elusive, and ferocious. It turns out her directing is exponentially more so. In only her second stab at Trap Door’s helm, she turns Meg Miroshnik’s thrillingly inscrutable 2012 play into a multivalent, hallucinogenic thrill ride that never makes rational sense yet rarely fails to mesmerize.” – Justin Hayford, Chicago Reader 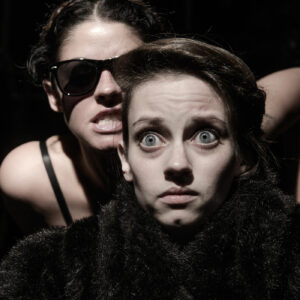 When Annie is sent to Russia to be immersed into her native language and culture, she finds herself thrust into an enchanting post-Soviet world filled with new friends still fighting the witches, bears, and evil stepmothers that haunted all of our childhoods.
ABOUT THE PLAYWRIGHT:

Meg Miroshnik is an American playwright, librettist, and screenwriter. She has received multiple awards for her many plays, which have been developed or produced at dozens of theaters. She has written such plays as The Fairytale Lives of Russian Girls, The Droll, The Tall Girls,Old Actress, as well as an adaptation of the libretto Cheryomushki.