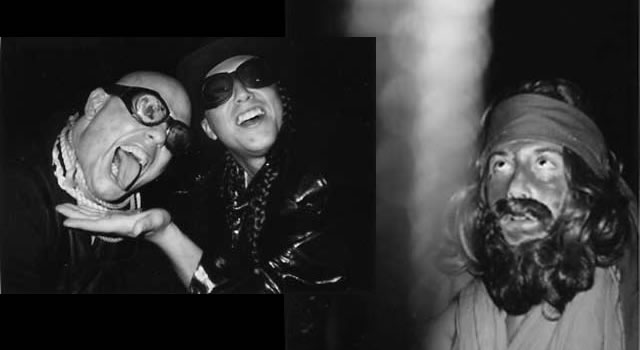 THE HISTORY OF THE DEVIL

“The result is a speculative epic peppered with postmodern wisecracks, which Trap Door presents with adroit romanticism.”
– Brian Nemtusak, The Chicago Reader

Clive Barker is an English writer, director, actor, and visual artist. Barker wrote such plays as Frankenstein in Love, The History of the Devil, Crazyface and Subtle Bodies, many of which were performed by his theatre group, The Dog Company. He has also written numerous best-selling novels, such as The Great and Secret Show, Waveworld, The Thief of Always, Everville, and many more. He has illustrations and paintings published in two volumes entitled Clive Barker: Illustrator.