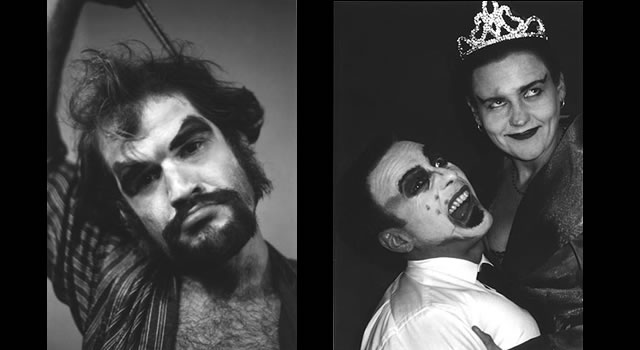 “Directors Beata Pilch and Sean Marlow have the style, as well as the viciously disturbing yet delicious imagery down. The cast brings Witkacy’s dead creatures to marvelous life.”
– Kate Zambreno, The New City Review

In his prescient 1934 play The Shoemakers, Stanisław I. Witkiewicz, Poland’s greatest modern playwright, wittily demonstrates that communist and fascist dictatorships are the same. That kept it off the stage in Poland until 1965. The play is a “comedy with corpses”. First produced in 1934 in a Europe careering into crisis, the play’s apparent point was to argue that even the strongest political ideology is no match for human decadence. A grotesque vision of Europe and a dark prophecy about the world of the future.

The Shoemakers, although left unfinished due to the author’s suicide, is considered the best Witkacy’s work for the theatre. The last decade of Witkacy’s life and work (1930–1939), coinciding with a difficult period for the whole of Europe as well, was full of pessimism and anxiety. The artist saw the waking demons of totalitarianism and feared for a bleak future – the play The Shoemakers perfectly discloses the atmosphere of that time.

Stanislaw I. Witkiewicz was a Polish poet, painter, playwright, novelist, photographer, expert on drugs, and philosopher. He is one of the most brilliant figures of the European avant-garde. A consummate artist who incessantly crossed disciplinary boundaries, he experimented widely in photography, painting and drawing, theatre, philosophy, and fiction between WWI and WWII. Among his most well-known works are the transgressive novel Insatiability, his 1933 work Narkotyka comprised of surrealistic portraits and drawings created and written under the influence of a wide array of narcotics (work which predated similar experiments by Michaux among others), his fractured photographic self-portraits using mirrors and his plays The Madman and the Nun, The Water Hen, The Mother, The Anonymous Work, and The Shoemakers. Witkiewicz committed suicide shortly after the outbreak of war in September of 1939.

Sean Marlow was the co-founder of the Trap Door Theatre. Originally from Atlanta, GA, he received his Bachelor of Fine Arts in acting from U.S. International University in San Diego, CA. and continued with his graduate studies at the University of Missouri-Kansas City. In the early years of Trap Door, he has acted, directed and designed over a dozen shows.