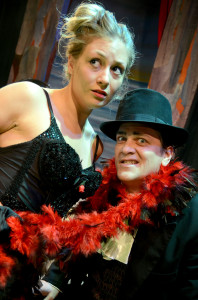 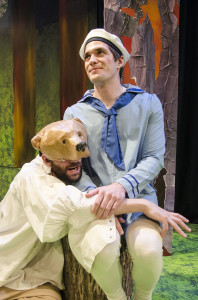 Mrożek’s Vatzlav is a spoof of the rights of humankind or a manual on what NOT to do with your freedom. The play welcomes the audience to an enchanted island of enTRAPment wherein a genius professor pimps his own daughter, Justice, and where the generous job-creating entrepreneurs are blood-sucking vampires and an old, blind guardian of the law, named Oedipus, proclaims that “In the dark, good is indistinguishable from evil.” 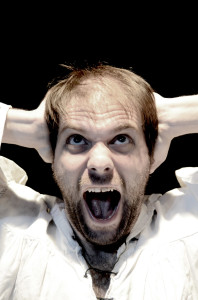 Sławomir Mrożek recognized in Poland, a country rich with great poets and playwrights, as one of its greatest dramatists, was born in 1930 in a small town near Cracow. He was a consistent critic of state communism from his earliest years as a journalist and cartoonist, and had to emigrate to France after he condemned Poland’s part in the Warsaw Pact’s invasion of Czechoslovakia. He also lived in Italy and Mexico and became a French citizen in the late 1970s. He moved back to Poland in the 1990s and returned to France at the beginning of the 21st century and died there, in Nice, France in August of 2013. His most famous play Tango (1965) had its world premiere in Belgrade, Yugoslavia. In 1965 a Polish critic Jan Kott observed that while Stanisław Ignacy Witkiewicz and Witold Gombrowicz, Mrożek’s dramatic predecessors, were ahead of their time, Mrożek has arrived right on time both in Poland and in the West. He, not unlike Václav Havel in Czechoslovakia, wrote political, critical allegories cloaked in absurdist comedy. Some perceived the playwright as a kind of “Polish Ionesco.” His plays poke fun at contemporary mores and life in 20th century communist-dominated Poland. Periodically banned in Poland, his plays were performed in cities around the world including New York City where they were produced several times Off Broadway and at La MaMa Theatre Club. 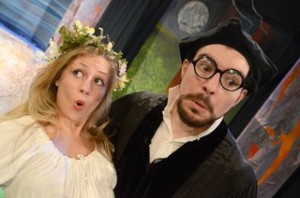 Beata Pilch founded Trap Door Theatre in 1994. Originally from Chicago, she holds a BFA in Acting from the United States International University in San Diego and a MFA in Acting from California Institute of the Arts in Valencia, CA. She had the honor to graduate as a magna cum laude from both universities and was later awarded the Prestigious Alumni award from CalArts. Pilch founded Chicago’s Trap Door Theatre in 1994 and still presides as its Artistic Director. She has directed and performed in over 80 Trap Door productions and has toured abroad annually with the company to France, Romania, Hungary, Poland and was the first US theatre company ever to perform in the Republic of Moldova. In 2015, Beata created a sister company, Trap Door International, which produces out of Barcelona, Spain. 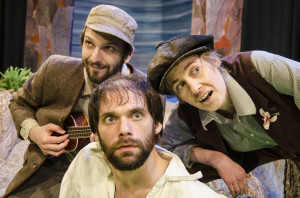