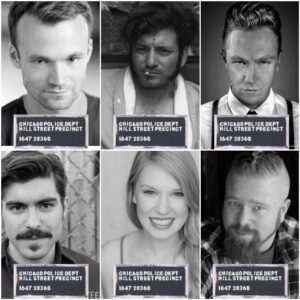 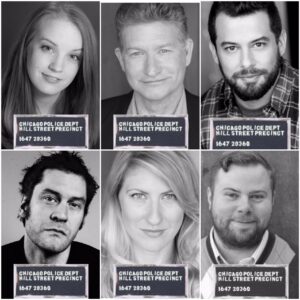 Bertolt Brecht born in 1898, was a German poet, playwright, and theatrical reformer who used plays as social and ideological forum. Until he was 25 he lived in Bavaria, studied medicine and served in an army hospital and wrote there his first play Baal (1923). He moved to Berlin in 1924 where he worked briefly for the directors Max Reinhardt and Erwin Piscator. With the composer Kurt Weill he wrote the satirical The Threepenny Opera (1928) after John Gay’s The Beggar’s Opera. In 1933, his books were burned and his citizenship was withdrawn by the Nazis and he was exiled from Germany. Between 1937 and 1948, while in exile, he writes his best plays (Mother Courage and Her Children, The Life of Galileo, The Good Woman of Setzuan, The Resistible Rise of Arturo Ui, and The Caucasian Chalk Circle) and his most important theoretical work, A Short Organum for the Theatre. His concept of the Epic theatre and drama is based on detachment which reminds the spectator that what is being presented is a demonstration of human behavior, not an illusion of reality. In 1949 Brecht returned to East Berlin where he founded his famous company, the Berliner Ensemble. He died there in 1956.

The Resistible Rise of Arturo Ui

Written in 1941, Bertolt Brecht’s compelling parable The Resistible Rise of Arturo Ui is a savage satire of social and political corruption- a political show written during WWII to denounce Hitler’s rise told within a gangster parable that takes place in Chicago in the 1930s.

Trap Door Theatre’s current staging of “The Resistible Rise of Arturo Ui” might be the timeliest show in town… Highly Recommended!

It’s history that doesn’t need to be repeated to become farcical.
Highly Recommended!

(…) under the direction of Victor Quezada-Perez, Trap Door Theatre gives it an outstanding production. Highly Recommended!

Fans of Trap Door,  may find this production in line with their previous offerings: it is sophisticated, and it is quirky.

As usual with Trap Door, the cast is a tight ensemble. Recommended!

Victor Quezada-Perez is the founder and artistic director of the theatre company Cie Umbral located in Paris, France. Cie Umbral, meaning “threshold” or “dawn” in Spanish, began in 1998 with the goal to bring together and promote the work of artists through circus and clowning. As is characteristic of the company, every production embraces the physical gesture and practice of the European clowning technique. He has received critical acclaim for all of his directorial work shown over the years at the prestigious Avignon festival, most recently in 2010 for his staging of Matei Visniec’s Old Clown Wanted. His focus on contemporary literature has lead to working with such living writers as Visniec, Jose Triana, Pierre Notte and Luis Sepulveda, and his invention of “la mise en clown” style of theatre. Quezada-Perez’s commitment to ensemble creation, a skill pertinent to the craft of clowning, is also seen is his active participation as a company performer. In addition to directing most of their work, he has performed in fifteen productions, as well as other various projects throughout France. An accomplished musician, his company regularly integrates music into their productions. Quezada-Perez has a Master’s Degree in History and Political Science and is a classically trained pianist. His first collaboration with Trap Door Theatre took place in 2012 when he staged as guest director Max Frisch’s The Arsonists; he also worked with some members from the Trap’s ensemble while they were touring France in 2014. The son of Chilean exiles, he has deep understanding of governmental violations of citizens’ rights and a need for rebellion.