based on Albert Camus’ Les Justes

This project was supported by a MacArthur Foundation International Connections Fund. 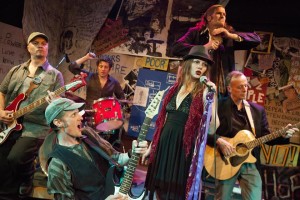 Based on Albert Camus’ exploration of the group of Russian Socialist-Revolutionaries who assassinated the Grand Duke Sergei Alexandrovich in 1905, Regarding the Just explores the moral issues associated with murder and terrorism.

“It’s more a happening than a play…” 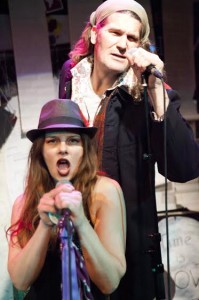 ABOUT THE PLAYWRIGHT:
Albert Camus (1913–1960) was a journalist, editor and editorialist, playwright, director, novelist and author of short stories, political essayist and activist. Born in Mondovi, Algeria, his parents were Spanish-French-Algerian (pied noir) colonists. His father, Lucien Camus died in the Battle of Marne (1914) during WWI. His mother, Catherine Helene Sintes was of Spanish origin, and was a mute deaf, due to a stroke, but was able to read lips and worked as a cleaning lady, providing for her son. Camus studied at Algiers lycee from 1923-32, then at the University of Algiers, from where he graduated in 1936 with a degree in philosophy. Camus joined the resistance movement during the occupation and after the liberation was a columnist for the newspaper Combat. But his journalistic activities had been chiefly a response to the demands of the time; in 1947 he retired from political journalism and, besides writing his fiction and essays, was very active in the theatre as producer and playwright (e.g., Caligula, 1944). He also adapted plays by Calderon, Lope de Vega, Dino Buzzati, and Faulkner’s Requiem for a Nun. His love for the theatre may be traced back to his membership in L’Equipe, an Algerian theatre group, whose “collective creation” Révolte dans les Asturies (1934) was banned for political reasons. In 1957 he won the Nobel Prize for literature for his important literary production, “which with clear-sighted earnestness illuminates the problems of the human conscience in our times”. He died in a car accident in January, 1960, at the age of 46. 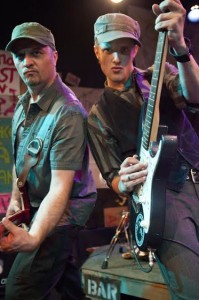 Valéry Warnotte is both an actor and director. Originally from Belgium, he lives in Paris and works in France, Belgium and the USA. He is a member of the artist collective DEREZO in Brest. Directorial credits include: Sharing Midi by Paul Claudel, Elle by Jean Genet, On Purge Baby! by Georges Feydeau, Judas Pilate by Paul Claudel, Ubu Roi by Alfred Jarry and Monelle after the work by Marcel Schwob. He works regularly with the author Olivier Coyette; they collaborated at the 14th Street Playhouse in Atlanta, with Voir Un Ami Pleurer (To See a Friend Cry). Other works include Microfictions by Regis Jauffret in collaboration with Charlie Windelschmidt at Théâtre du Rond Point in Paris (with subsequent performances throughout France, with over 250 actors) and an adaptation of Valere Novarina’s text, The Sacrificing Actor in partnership with Emory University in Atlanta and Georgetown University in Washington DC.