based on the texts of Madman and the Nun

Adapted and Directed by Andrzej Dziuk

(Guest Artist from the Teatr Witkacy in Zakopane, Poland)

The show premiered in Zakopane, Poland in August 2014.

The John Doe collaboration with Andrzej Dziuk and the Teatr Witkacy in Zakopane, Poland represents a milestone in the life and art of Beata Pilch and Trap Door Theatre, being that the Polish playwright and this theatre dedicated to his work, are one of Pilch’s original and most inspiring influences and a model for her theatre. The lucky ensemble of eight got the privilege of a three-week intensive in Zakopane with the enigmatic Dziuk; a master of the craft, that culminated in three sold-out performances. After opening the season in Chicago, John Doe had the great honor of being invited back to Zakopane in February, 2015 to perform in celebration of 30 years of the Witkacy Teatr and the 130th birthday of the playwright. 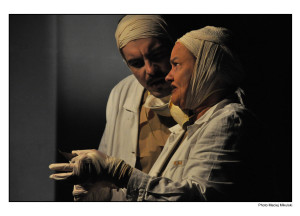 “John Doe is the kind of head-scratching drama that sends shivers down your spine and hesitant laughter out of your gaping mouth. Highly Recommended!”

“I’m recommending you go see it, if you think you can endure it. Recommended!” 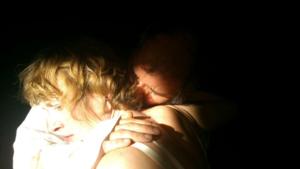 “Trap Door once again reminds us of its unique ability to translate vital but underproduced (in the U.S., anyway) European masterworks with visceral intelligence and scorching wit.”

John Doe tragically follows how the beauty in madness is poisoned by the toxic remedy of normalization. 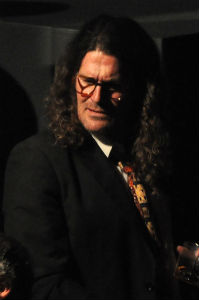 Stanislaw I. Witkiewicz (1885–1939) is one the most brilliant figures of the European avant-garde. Witkiewicz was a poet, painter, playwright, an expert on drugs, an early spokesman for a radically non-realistic theatre and an original philosopher and social critic of mass culture, post-industrial society, and the rise of totalitarianism. He was also a pioneer in serious experimentation with narcotics and prophetically recognized the growing importance that they would have on Western civilization. Politics, revolution, and even art were similar “drugs.” Witkiewicz committed suicide in September of 1939, days after Poland was invaded by both: Nazi Germany and Communist Russia. He is best known for his plays The Madman and the Nun, The Mother, The Water Hen, The Anonymous Work, and The Shoemakers.

Andrzej Dziuk holds a degree in Polish Linguistics from the University of Silesia in Katowice, Poland. After a year of studying Philosophy at the Christian Theology Academy in Warsaw, he began his studies at the Ludwik Solski Academy for the Dramatic Arts, where he majored in directing and graduated with honors in 1984. At the beginning of his professional career, he collaborated with Teatr Stary in Cracow, where he realized his thesis project. He is a founding member and the artistic director of St.I. Witkiewicz Theatre in Zakopane. Each season, he creates and directs the majority of their shows. Dziuks’ work is continuously inspired by the writings of St. I. Witkiewicz: Pragmatists, Authoparody, Sonata b, OL 12-7 stEG, Wien based on The Crazy Locomotive, The Madman and the Nun, The Water Hen, Witkacy – Appendix based on Niemyte dusze (Narkotics being a partial translation of it into English), Good Morning – Witkacy based on The Anonymous Work: Four Acts of a Rather Nasty Nightmare, but he also directed classical and modern dramas such as Doctor Faustus by Charles Marlowe, Cabaret Voltaire, The Crucible by Arthur Miller, Caligula and The Plague by A. Camus, The Magic Mountain by T. Mann, Na przełęczy based on St. Witkiewicz and W. Eljasz’s work, Ball in the Opera by J. Tuwim, Barabas by P. Lagerkwist and What you Pretend Has Become Real by Lope de Vega.