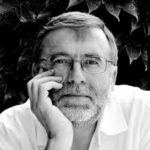 Matei Vişniec – playwright, poet and journalist, was born in Romania in 1956, and now lives in Paris. He began writing for the theatre in 1977. Early in his career, Vişniec’s plays were banned by the Romanian censors. In 1987 he was invited to France by a literary foundation. While there, he asked for and received political asylum. After the fall of communism in Romania, in 1989, Vişniec became one of the most performed playwrights in the country. Vişniec gained international attention in 1992, with productions of Horses at the Window in France, and Old Clown Wanted at the “Bonner Biennale”. Since then, Matei Vişniec’s work has been produced in France, Germany, United States, Denmark, Austria, Poland, Finland, Italy, Turkey, Brazil, Romania, and Moldavia. Most recently, his play the word progress on my mother’s lips doesn’t ring true was the winner of the “Best Play in the Off-section” at the Avignon Festival in 2009. 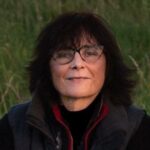 Katarzyna Winska (she/her) was born in Warsaw, capital of communist Poland in 1953. Since 1977, she has had M.A. in applied linguistics at the Warsaw University and is the wife of Tomasz Wi?ski, who produces her mixed-media poetry and is the discoverer and curator of all the natural spaces she has applied in my work. Since 1995 (in democratic Poland), she has been conceiving and directing two independent, non-profit, non-permanent-stage theater troupes’ performances: Teatr Opera Buffa with people with schizophrenia, organizing voyages to insanity and back. For example, to Edinburgh and Elsinore with performances of Hamlet; Kinoteatr Bluboks with amateurs and professional actors performing adapted plays or those written by herself. She has published two glamour extravaganza magazines with reviews of 25 years of writing, filming, and performing.

Episode 3:The Man in the Circle, The Man with a Cockroach, Brainwasher 1, The Beggar 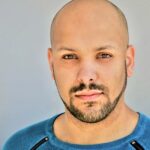 Michael Mejia (they/them) studied acting and music performance at Indiana University before coming to Chicago. Mejia is the company manager for Trap Door Theatre, where they are also a proud ensemble member. Their actor credits include The White Plague, Love and Information, The Killer , The Old Woman Broods, Monsieur Deon is a Woman at Trap Door Theatre; Proxy at Underscore Theatre; Kingdom at Broken Nose Theatre; Little Shop of Horrors at Stoughton Village Players; Hair at Harper Ensemble Theatre. Mejia is also a musician who writes and plays guitar and piano.

Episode 5: How to explain the history of quiet, lucid and fevered madness to brainwashed repairmen 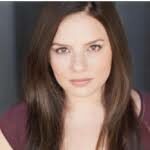 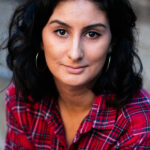 Neema Lahon(she, her, hers) is an actor and director from London. She spent 5 years in Barcelona puppeteering and storytelling for Catalonia’s biggest Theatre in Education company, IPA Productions. Whilst in Spain, she has worked with Escapade Theatre, Thrive Musical Theatre, Trap Door International and Play in a Day BCN. In London, Neema is an experimental Youth Theatre Director and Drama TA. She is also a member of the National Youth Theatre of Great Britain where she trained with director Ned Bennett, and was an original cast member for the production of ‘Victoria’s Knickers’. In 2019 she started her own theatre company HURT Theatre, where she takes minor female characters in male driven plays and turns them into protagonists with their own narratives. She is captivated by the playwright Matei Visniec and is overjoyed to be part of Trap Door’s second virtual play.

Eight episodes premiered weekly in a unique adaptation from Vişniec’s “dialogic spectacle of monologues” performed live between the resident Chicago ensemble and an international group of guest performers and directors.

Watch Now (individual or all)

…the epic online presentation is classic Trap Door: a raucous, politically astute exploration of humanity by an eastern European artist, filtered through an often absurdist lens.

…we need this unique presentation (adapted by Jozefina Komporaly), a collaboration between this awesome ensemble (…Chicago’s amazing avant-garde company Trap Door Theatre) and an international group of guest performers and directors. 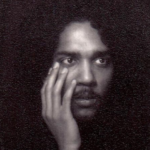 Zachary Nicol (they/them) constructs texts across media that address scrutiny, identification, illegibility, and presentation. Their performance, writing, video, and print work has been presented in Chicago, Portland, Toronto, and online. Nicol is a 2020 Artist-in-Residence at Annas Projects and has participated in residencies at ACRE and Links Hall. They work frequently as a collaborative and performing artist in dance, theatre, and film. Recent contributions include projects with Anna Martine Whitehead, Mlondi Zondi, Aram Atamian, Kim Brandt, Alexandra Pirici, Jonas Becker, Ginger Krebs, Elise Cowin, and Catherine Sullivan, among others. Nicol lives and works in Chicago.

Episode 4: The Animal Trainer, The Philosopher, The Human Rubbish Bin 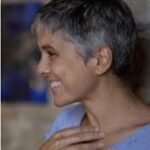 Marian Masoliver (she/her) has more than thirty years of experience as an international actress, theatre director, drama teacher, and writer. She began her career studying with the 20th-century physical theatre master Jacques Lecoq at his school in Paris. After that she toured extensively around Europe and the USA, working in the field with top theatre companies such as Kneehigh Theatre, UK, and La Fura dels Baus, Spain. In 1999, she co-founded the Actors Space with Simon Edwards, which has become an internationally renowned center in Barcelona dedicated to the research, training, and creation of theatre and film. Mansoliver is the director of the center, where she teaches acting, directing, and writing for theatre and film.. Since 2014, she has also been collaborating with The Prem Rawat Foundation, making documentaries about their Peace Education Program in Colombia, Ecuador, and Peru.

Episode 6: The Brainwasher (i) (ii), The Man in the Circle, The Voice in the Darkness, The Animal Trainer, The Runner, The Man with a Cockroach, The Illusionist 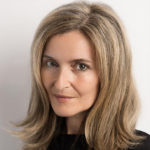 Cristina Pronzati (she/her). Having been involved in theatre and film in NY ever since her college days, this is not her first Trap Door experience: she played Helen of Troy in Troy Women, and joined the company cast for Catherine Sullivan’s production of Ice Floes of Franz Josef Land, at the hauntingly beautiful Angel Orensanz Foundation in the Lower East Side in NYC, a memory she treasures. She appeared in a Martin Scorsese film, The Age of Innocence; she wrote, directed and acted in her own short film, Rendez Vous; and loved singing as Loretta Lynn in the corky AMC reality series Into Character. She most recently enjoyed playing Medea with the Hudson Valley Performing Arts Lab in Poughkeepsie; Antigone /Creon in Antigone, and Betty in Living Closely, an original collaborative piece she co-wrote, with The Middle Company in Cold Springs. She also appeared in the community-driven magical production of Our Town, by the Hudson Valley Shakespeare Festival. 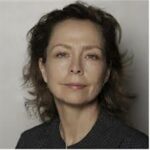